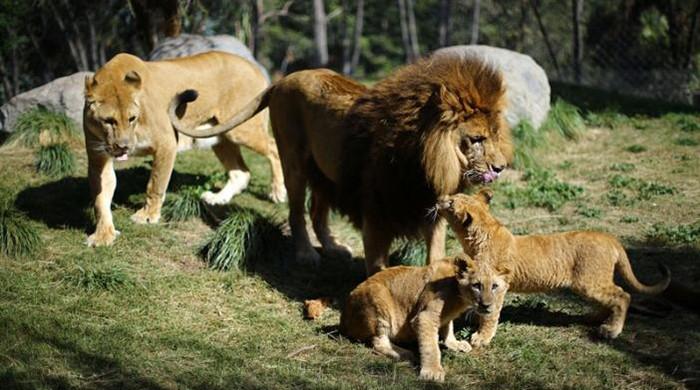 Two baby lion cubs at a zoo in Chile on Thursday, born after a pioneering veterinary procedure that involved a reversed vasectomy of their father.

The cubs’ mother “Masai” became pregnant after the father “Maucho” underwent the procedure, which vets at Buin Zoo in the suburbs of Santiago said took months of planning and a five-hour operation.

Both parents had been rescued from circuses.

“This is the first successful reversal of a lion vasectomy reported in the world,” said Marcelo Marconi, a urology specialist who joined the zoo vet team to lead the procedure. “It gives a way of preserving and maintaining a species in a zoo.”

The procedure could be copied by other places around the world that have lions in captivity, the zoo said.

One of the cubs, which were born around three months ago, is named Niara and the other is yet to be named. Both are female.